VWt Magazine Issue 94 for June and July 2020 feature our client’s Expo+ campervan conversion. Louise is thrilled with it.

I’ve always wanted a Campervan for as long as I can remember. I’m 56 now and the opportunity has just never arisen before.

Kevin, Louise’s new husband stepped in at this stage and treated her to a new campervan conversion. Wow.

When we first met John (at Ecowagon) he suggested that, as we had no previous experience of Campervans, we might like to take their demo Van for a test drive. It seemed like the best thing to do.

I really love the idea of being able to camp if we wanted to, but it wasn’t the sole reason we were considering buying a Van. So to have something too elaborate wasn’t really on the cards at the time.

This was our demo van that had been built to showcase our Ecowagon at the 2019 NEC Motorhome and Caravan Show. It was fully loaded with everything we could throw at it. Louise loved it!

I was as shocked as anyone when Kevin said let’s buy it, but I am absolutely thrilled to bits with it. My daughter Matilda, who’s 11, thinks it’s the best thing ever.

Thank you to Louise and Kevin and also VWt for featuring our campervan conversion. Lot’s of happy van based trips to be had in the future. 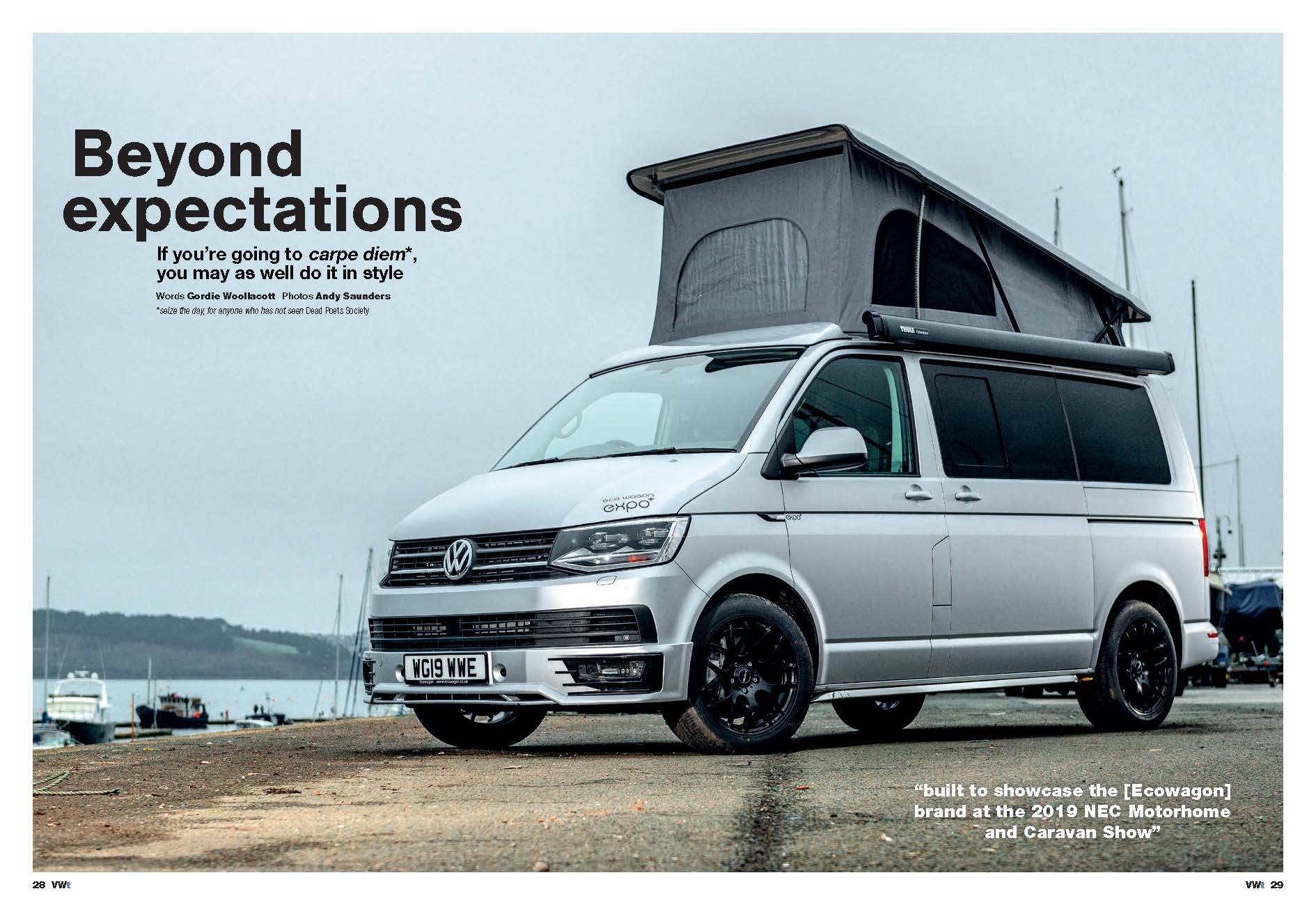 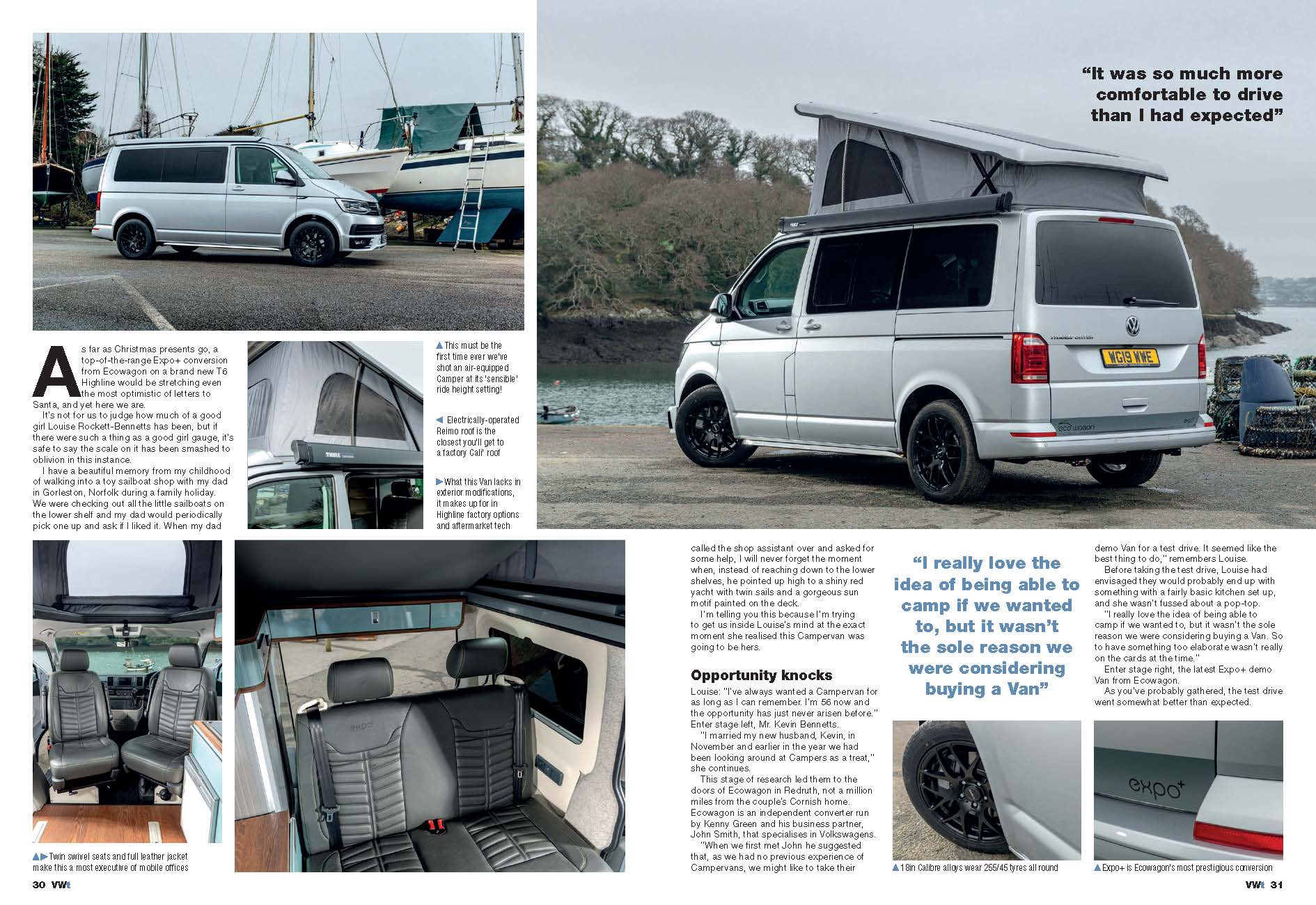 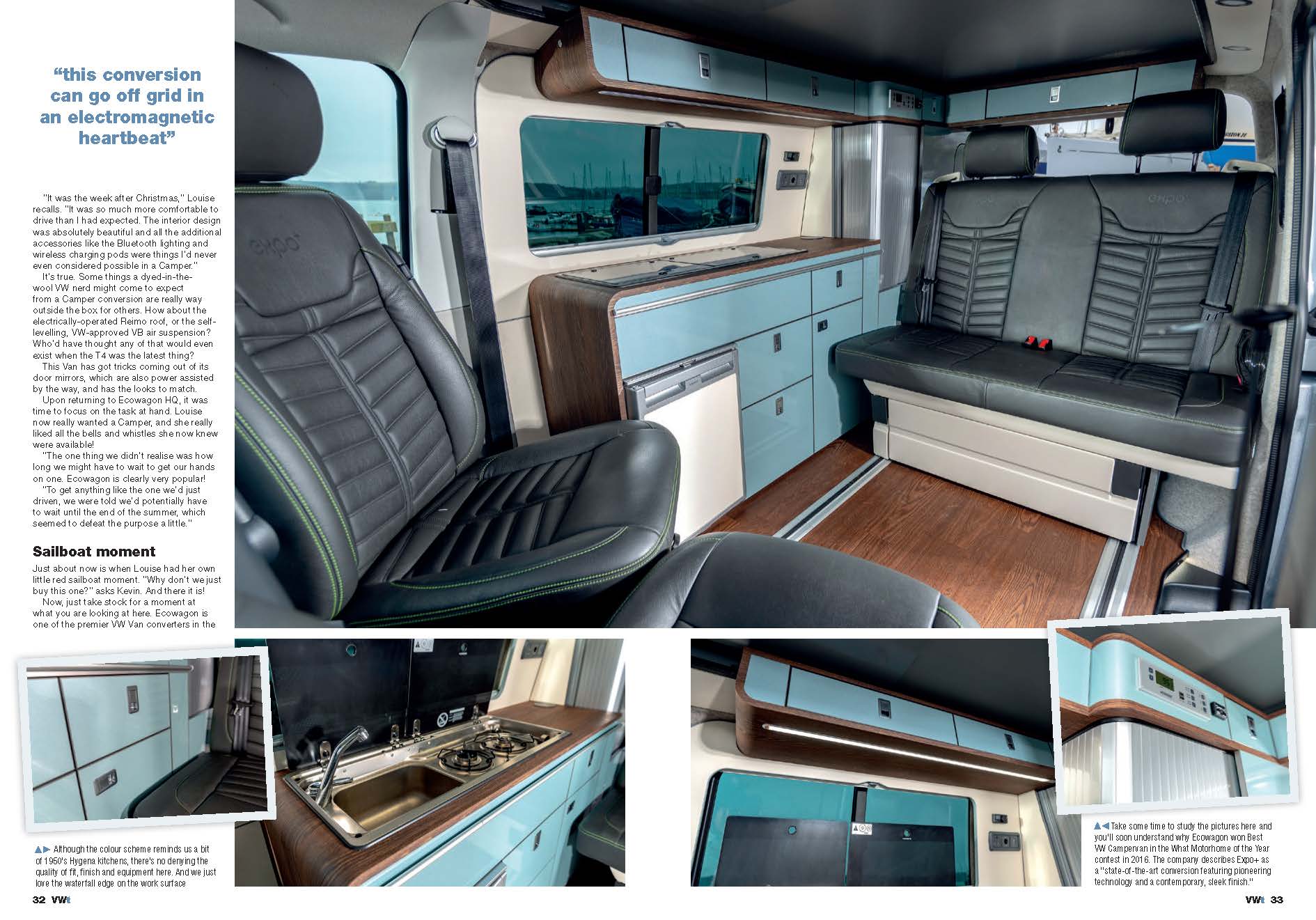 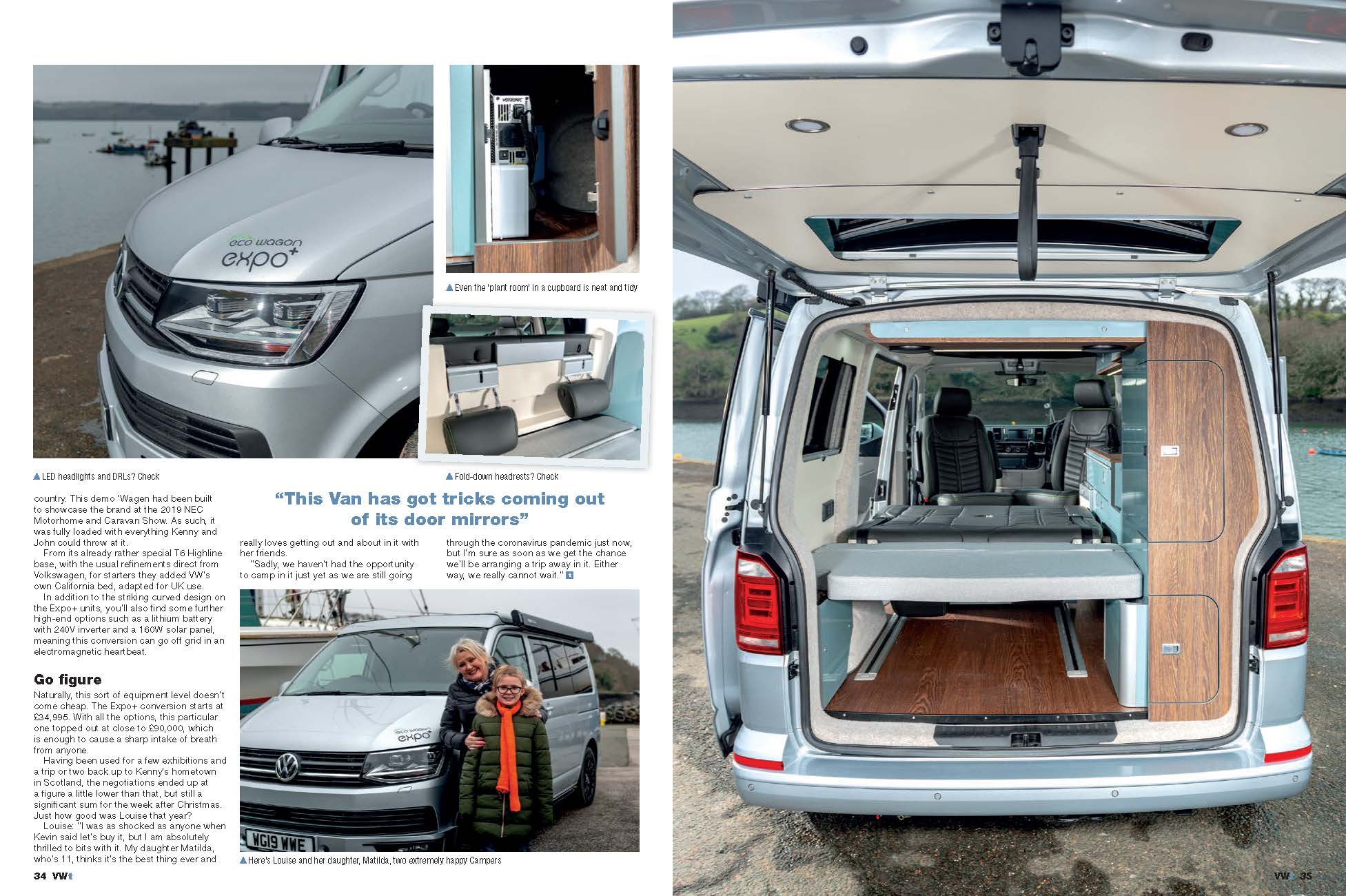 You can view a PDF of the VWt article in our media section or click here to view it in a new tab or window. VWt Magazine has a great subscription offer – 3 issues for just £9.99. Click here to find out more.

A Bus And Beyond Ecowagon T6.1 demo van review